One of my new years resolution was to not buy stuff. I have a lot of stuff already, and I really don't need more. I have given in and bought some things (books), but mostly I've been quite restrained (I haven't bought any clothes so far all year!).
Well, yesterday I made five cushions for the living room. I wanted to smarten the couch up a bit. It's old and well loved, as you can see. So sticking to the 'don't buy stuff' thing I only used what I already had. Fabrics, trimmings, decorations, filling.

I took these photos when I had made three new cushions, whilst it was still light (they're the three on the left), the other two I made after dark and will show pictures soon. The cushion on the right I made years ago. 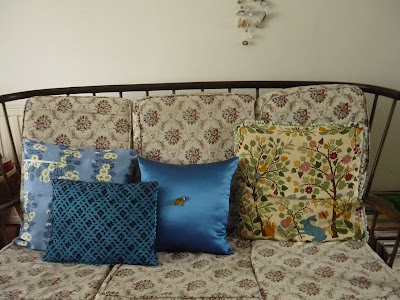 I got my hands on a selection of good quality vintage fabrics about six years ago. I'd kept hold of them but hadn't used them. I used three of them.

It looks a little bulky, but will flatten down quilckly I'm sure. 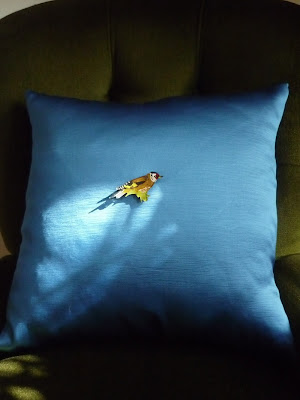 I attached a little bird brooch for decoration. See the way the satiny fabric has a bark effect? Nice. 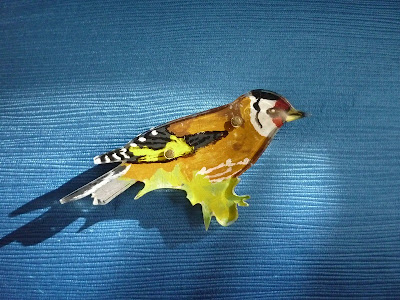 This one I made from a vintage pinnie which I used to use but had since put in my fabric box. See the little pocket? cute hey? 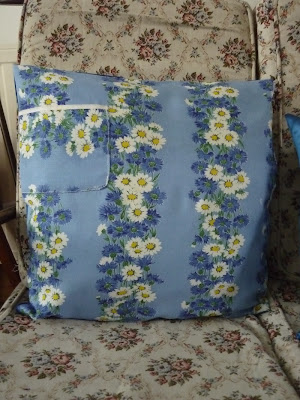 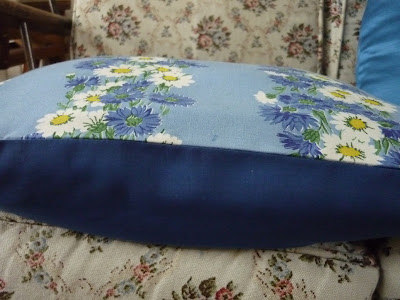 The top cushion I made with more of the vintage fabric. It's a think sort of satin with wool woven in. I used turquiose ric rac as a trim. 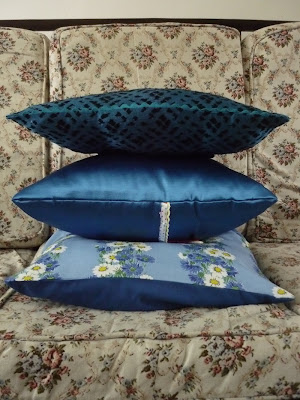 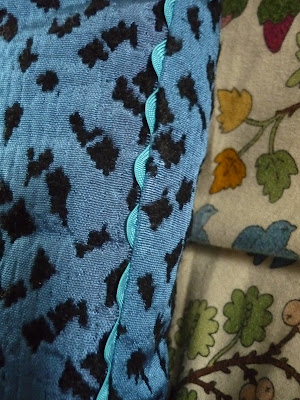 Had I not been trying to be resourceful and use what I have, I know I would have gone to the shops and bought the exact fabrics I wanted. But this way, I have put a dent in my fabric stash (if a very small dent) and not spent money. Just an afternoon spent sewing and now I have five new cushions!
Did you make anything nice over the weekend? Do share.....